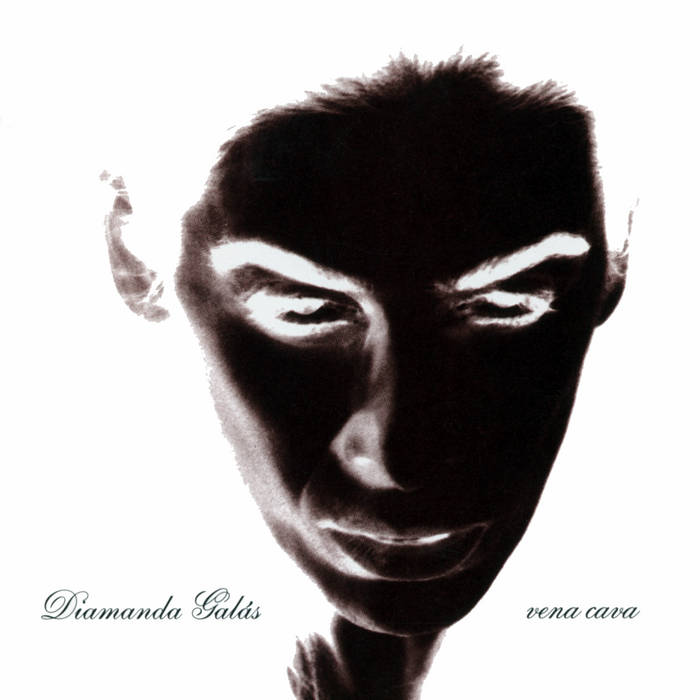 Play At Maximum Volume Only

One begins Vena Cava at a sort of sonic/psychic ground zero. Dead center between twin spotlights, microphones and music stands, looking both angelic and wraith-like Diamanda Galás presents herself as an explorer of the ultimate in solitary confinement; the human mind ravaged by mental illness and/or AIDS-related dementia. Vena Cava features a more inward Galás than that seen in Plague Mass, the celebrated work she perfumed last year--in evolving forms-- at St. John the Divine, The Kitchen and elsewhere. Its aural environment is at once intensely claustrophobic and distressingly vast, with electronic drones, cricket chirps and gospel songs echoing endlessly in this seemingly infinite emptiness. Her writings embody the psyche of someone apparently at the threshold of death, portraying the fragmenting persona's warring factions. Galás's shaman-like gifts of self-transformation and self-transcendence are dramatically evident in Vena Cava. (The title refers to the body's major artery that returns blood rom the heart). Catch phrases, multiplication tables, obscenities and heartfelt please for love are repeated--frantically, obsessively--as Galás' protagonist struggles to achieve some sort of interior logic. In the works brilliant culmination, she grants the audience a moment of lucidity, pleads for remembrance from those who loved her and faces her final "judge" to a distorted, deafening rendition of Silent Night. Vena Cava is one more astonishing offering from our greatest vocal performer of her generation.

On the evening that I went to see the performance a member of the audience ran from the theater and had to be retrieved from the middle of a busy street (this, after cringing between parked cars). I took to friends to see the performance, both of them experience panic attacks during it. It is, of course (as I am not qualified to diagnose), supposition on my part to speculate as to why this occurred. I would suggest, however, that for many of us these states of "dis-ease" hover over us like specters; in a way which makes them ( fort he modern mind) far more terrifying than any supernatural evil. We feel our sanity challenged daily, and that our tennis grasp upon it may be slipping. Vena Cava further invokes the fear of loss of control over our own actions and cuts across history form Homer to Dante to Huxley, casting its chilling shadow from the fear of deity to the fear of the star and industry. From the nether reach of this shadow emerge all forms of tyranny and religious hysteria, for through these practices we attempt to regain control. Vena Cava brings into clear perspective the ultimate terror over which we can exercise no control, and which we all must eventually face; something which can hardly be examined with a rational mind: our own mortality. As you sit down to enjoy this work keep these shadows of death and madness clear in your mind. IT will facilitate your journey over styx into bedlam.

Thanks to Bobbie Tsumagari and Arranged Introductions, Scott MacCuauley and The Kitchen, Carlotta Schoolman, Mary Griffin, The Samuel Felischer Memorial, Philadelphia, The Ford Foundation, Meet the Composer, and the National Endowment for the Arts.

Special thanks to Felice Ecker.

Very Special Thanks to Carl Valentino.